“Hey guys, Bryan Schroeder here with Fasterhouse. I want to tell you a quick, real life story of a house we bought yesterday. So I got a friend that has a mold remediation company, and he went out to a gentleman, who called him, a house out in O’Fallon, Missouri. This house was his parent’s house, his dad is in a senior center, and his mom has been living with him. The house had been vacant for a few months they just hadn’t gotten around to doing anything with it yet, he wasn’t sure if his parents were going to move back into the house or not.

While it was vacant, there was a storm and it rained a lot, we had a lot of rain here in the St. Louis area over the last several weeks. Their sump pump in their basement stopped working. so their basement got flooded and then nobody was going over to their house for actually a couple weeks. One day they went over there and they had water in their basement and they actually had mold growing in their basement and it kind of freaked them out, they didn’t know what to do. So they talked about it, you know there were a couple of brothers who were the kids of this couple and they kind of talked about it and decided that you know let’s see what the mold remediation guy has to say about it and what we can do.

They got a quote from the mold remediation guy and you know it kind of freaked them out; it was more than they were expecting and the house was dated anyways. So they decided to talk to their parents about just selling the house as-is to a real estate investor and this gentleman mentioned this to the mold remediation guy that was there and he kind of referred the deal over to our company, Fasterhouse. Dave and I went over and looked at the house yesterday, we met with the sons, kind of talked about pricing and we came up with a price that we thought we were comfortable with and they were comfortable with. We went over to the senior center and talked to their dad about it, because they really wanted him to be involved in the decision, so we went over and talked to him about it.

He ended up being ok with the whole scenario and we ended up writing a contract last night we’re going to be able to be buying the house in a couple weeks. It was a real relief to them, because first of all their dealing with a dad in a senior center and a mom that’s not in very good health and living with them and just dealing with rehabbing this house, especially with mold in it was just overwhelming. So I just wanted to share that story with you of a house we bought yesterday.”

At FasterHouse we buy houses. It sounds simple but it is our main focus, along with helping people. There are many ways to say it but it means the same thing.We buy … END_OF_DOCUMENT_TOKEN_TO_BE_REPLACED

Keith Kohlenhoefer - Trusted St Louis Home BuyersKeith has been involved in the real estate industry since 1999. He was a machinist before starting his full-time journey … END_OF_DOCUMENT_TOKEN_TO_BE_REPLACED

Dennis Montgomery - Trusted St Louis Home BuyersDennis has worked at FasterHouse for several years.He came on as a disposition’s manager, meaning he would help sell the … END_OF_DOCUMENT_TOKEN_TO_BE_REPLACED 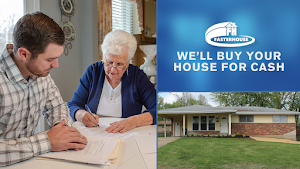 Christopher Priddy
15:24 02 Jul 20
Had a great experience with the FasterHouse Team. They made me a great offer on my old house that I didn't want to put the time and effort into fixing up. Very flexible with my needs and quick to answer all of my questions. I shopped another AS-IS buyer in the area and was not met with anywhere near the level of knowledge and professionalism that I received from FasterHouse.read more

Camron Cathcart
18:17 01 Jul 20
Great company to sell and buy from. The best real estate company out there!